A FINE FINISH TO THE COLOR OF SAUDI PHOTO WORKSHOP 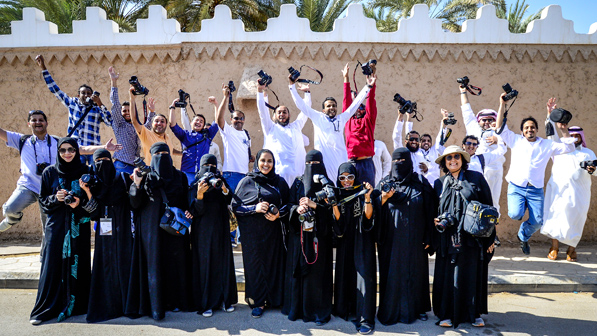 However, as the minarets fell silent and the afternoon prayer concluded (leaving my own desperate pleas to be heard by any god who was listening), people started arriving and within half an hour there was standing room only. It was the first time I’d stood before a Saudi audience – women covered by their black burkhas and men in their white robes and head scarves – addressing participants through a translator. But photographs have a way of bridging the language divide and, in a short time, I’d jettisoned the speech I’d laboured over and we were all sharing questions and stories about the passion that united us. In fact, two hours passed so quickly, it was only due to the next presenter protesting that we had eaten into his time that we realised it was time to vacate the venue. 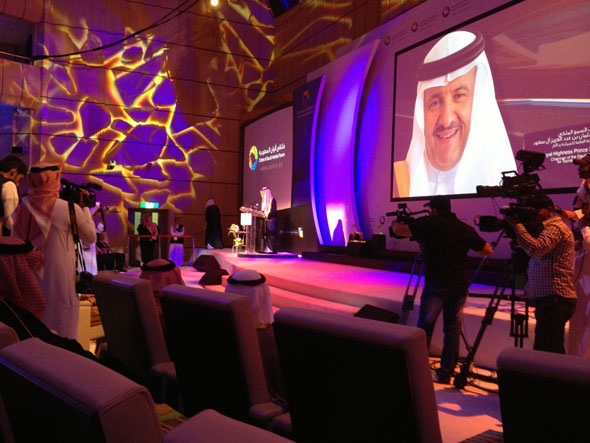 His Royal Highness Prince Sultan Bin Salmanazars Al Saud last night opened of the Colors of Saudi Arabia National Photographic Conference (above) at which I will be speaking today.