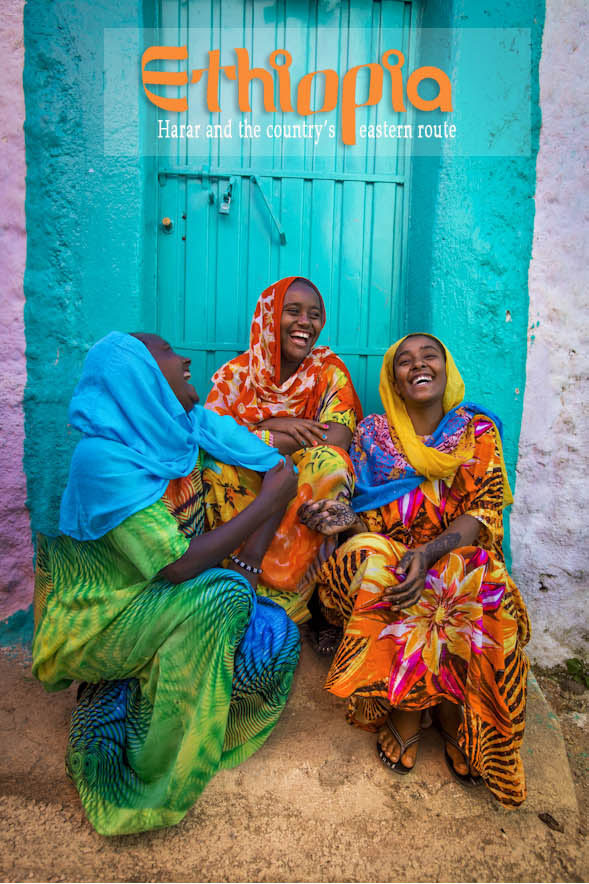 After 28 days of photography, my contribution to the Ethiopia tourism authority’s photo library is complete.
Two hundred gigabytes of photographs, culled down to about 600 images – from which the best 300 will make up the country’s new promotional photo library. 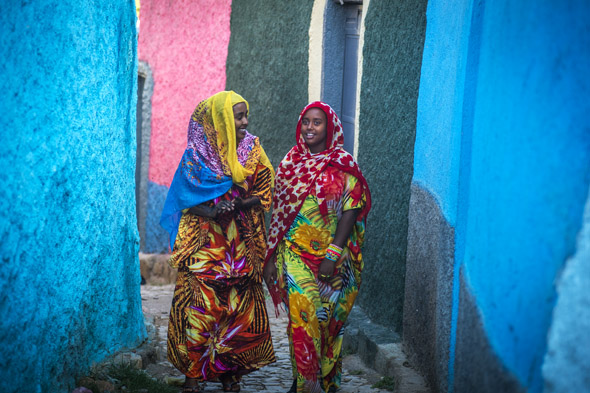 At around 4pm, as the glare of Ethiopia’s afternoon sun softens to be embraced by outstretched shadows, the ancient walled city of Harar in the country’s east comes to life. Seeping from the 16th century labyrinth of thin alleyways that are coloured pastel-pink, pale blue, mustard yellow and green, local merchants take up long-held positions on either side of the cobblestone thoroughfares to ply their trade. It’s a feast for the senses – a heady mixture of colour and movement where wisps of sweetened incense curl around you as you walk; where tiny cauldrons of coal, simmering with goat meat and vegetables stained orange by paprika and local spices, fill household doorways; where the aroma of freshly brewed Ethiopian coffee greets you at every corner….. 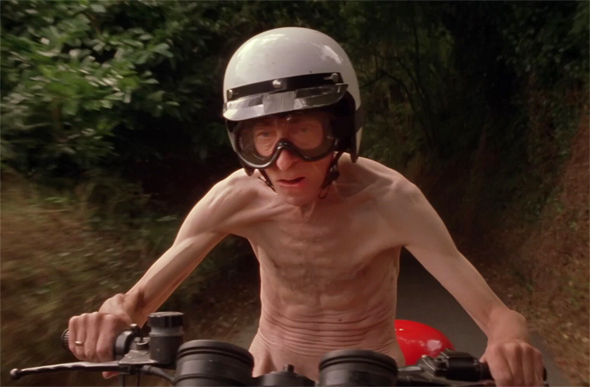 On September 4, I throw my leg over a 700cc motorbike and ride out of Rome towards Tuscany on a 14 day tour of Italy (this assumes I surivive Rome’s traffic and driving on the other side of the road, he says). Then it’s off to Venice for a serious breakfast at Piazza San Marco for my birthday and, possibly, a quick jaunt to Budapest before returning at the end of the month.

RETURNING TO ETHIOPIA – THEN ON TO ITALY 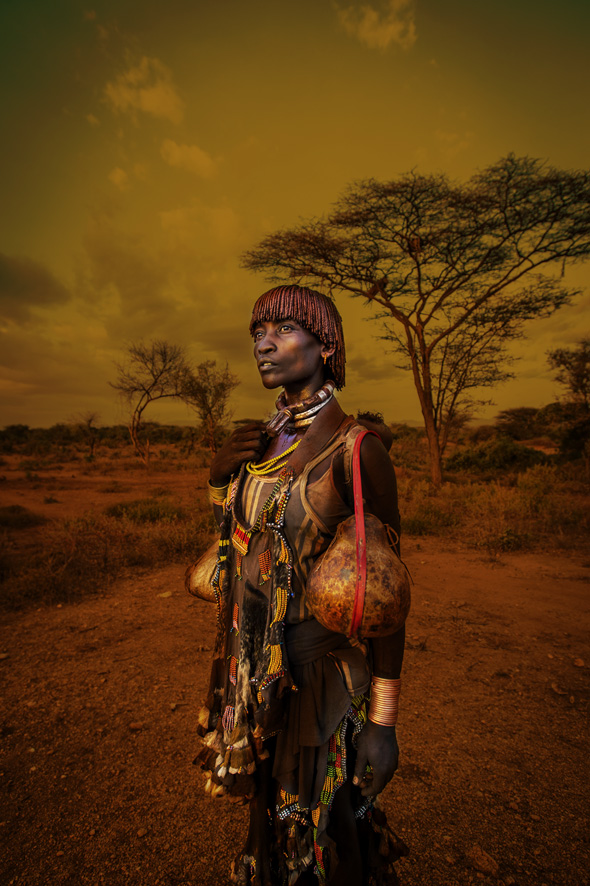 I return to Ethiopia next week to complete the promotional photo library for the Ethiopian Tourism Organisation – this time concentrating on the country’s eastern region.

Images captured from the northern and southern routes which I shot last month are now being incorporated into the tourism authority’s promotional collateral.

This portrait (above) of a Hamer woman from the Southern Omo Valley, I personally like as I was struck by her sense of independance and the nobility of her pose.

Twelve days we’ll spend shooting the eastern region’s national parks, the culture and the wildlife before wrapping up for a few days in the capital Adddis Ababa – hopefully with talent.

Then, I’m off to Italy for a month (which I’m scrambling to prepare for at the moment). 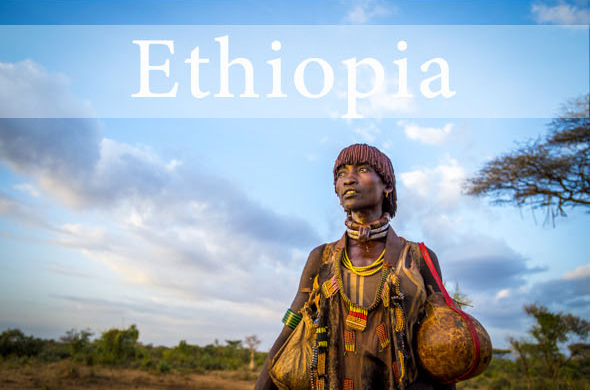 I’ve survived the 34 hour journey home (the initial flight was delayed by six hours, I missed the connecting flight by 20 minutes and spent another six hours at Dubia Airport before beginning a horrendous 13 hour flight back) and I’ve recovered enough to post this preview of the first phase of the Ethiopia project. I return in three weeks to concentrate on the east and west of the country to complete the assignment and deliver a photo library of some of the country’s highlights to the national tourism authority.