I’ve just returned from Samoa and a shoot for Digicel – the Irish telecommunications company that’s rapidly expanding its network throughout the South Pacific. It was more corporate than tourism but it turned out to be an enjoyable assignment as I was given a fair bit of creative latitude and we incorporated a studio shoot. The brief was to shoot widely – indoors and outdoors – supplying images for a 12 month campaign that would differentiate Samoa from its neighbouring countries and appeal to the market – yet it had to fit within the company’s corporate branding. Tim, my business partner and  the general manager of Kirklandphotos, also came along as we wanted to use both natural light and “white light” to cover the wide range of applications the images were likely to be used for (Billboards, advertising, local promotions etc). Here (below) is Tim working the temporary studio we set up in a hotel function room, helped along by two Fa’fafini’s (female impersonators) who added – as you’d expect – to the theatre of the shoot (as if Tim and I needed two more drama queens on the set, he says). Click on the photograph below to see a short preview of the images which resulted from the assignment. 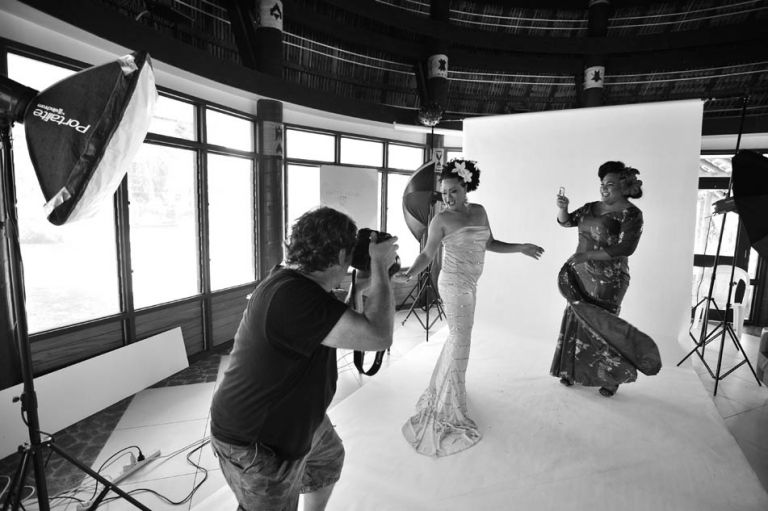 « ADDING VALUE TO MY PHOTOGRAPHY
CAUGHT IN THE SPOTLIGHT »