The arrival of the  645D Pentax medium format digital camera has ended my use of film. The quality and size of the images it produces (40 mg Raw files and 120 mg Tiff files), coupled with the convenience of seeing what I’m capturing in real time (buffer aside), just weighed too heavily in its favour.

As I mentioned earlier, I am now an official Pentax ambassador for the camera which means, in return for their sponsorship and on-going support, I’ll be endorsing the camera.

This is where it starts.

I should point out that I trialled the camera twice on assignments in Papua New Guinea before entering into our arrangement and I compared the options for medium format photography and read a plethora of reviews. Given it would become one of the two cameras I carry everywhere in my backpack, I was never likely to agree to the sponsorship unless the camera met my needs. Now, two months since our first outing and at the end of my third assignment with the camera, my association with Pentax is official and I can comfortably report I’m loving it. I’m particularly enjoying playing with the 2.8, 55mm portrait lens (Refer pic below). As I wrote earlier, the files are huge and the detail in the images is simply remarkable. Colours and sharpness are so accurate, very little tweaking is needed in post production and there is staggering detail in shadows if I want to draw them out in Lightroom. But what has been an absolute  pleasure is being able to bang off a few test pics of the subject in the low light conditions and view them easily on the camera’s large preview screen before making the necessary adjustments and capturing the pic. Knowing immediately that you have an image of this quality “in the can” allows you to be much more efficient as a photographer (ie “Got it, let’s try something else”) and its likely to deliver better overall results. In the old days on assignment, I’d churn through film – bracketing and doubling up just in case – to make sure I had the pic and then I’d wait two weeks to get it all back before spending a day wishing I’d done so many things differently. Of course, moving to 35mm digital was obviously a step up in terms of that convenience but, to my eye, the result still lacked the quality of film. The results this camera produces, however, improves even on what I got from 6X7 film, of which I’ve long been a fan.

In summary, (and I should add that I’ve looked to keep this short) this camera suits me. The quality of picture, the cost (you’re looking at about AUD$12,ooo for the body compared to twice that for the similar Hasselblad) and the fact its all so user friendly (I did the first two assignments without an instruction book), would have made this medium format my camera of choice as a travel photographer – regardless of whether Pentax sponsored me or not.

And a final point (in fact the main reasons I finally made the switch to using a medium format digital camera). There may well be one million, billion new photographers on earth offering images that compete for my business – but only a fraction of them are starting with a camera that can produce this quality of image.

Its an advantage I’m happy to take into an increasingly competitive environment. 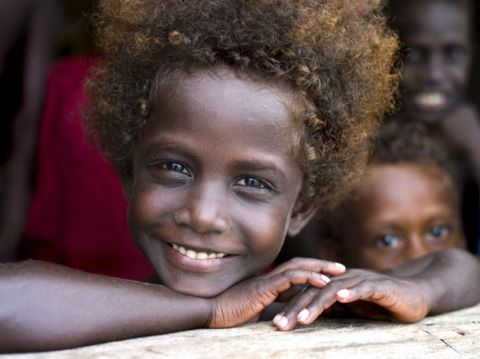 « …..STILL IN THE SOLOMONS
“RESIDENTIAL SHOOT” AND PLANNING A “COOK BOOK” »