I’m excited about one pic we’re planning for in Aitutaki when we return in three weeks. Its hard to look past the spectacular lagoon but the island also has a fascinating cultural history which anthropologists have been unearthing around an ancient sacred site, Te Poaki O Rae. We did a few preliminary shots while I was there (below) before it rained, but when we return, the plan is to stage a full re-enactment of an ancient ritual with sacrifices (no, not human) and bring in elements to make it look as authentic as possible. I like the idea of creating a sense of romance and mystery around the past and encouraging people to have an interest in the traditional culture of the South Pacific. Aitutaki is more than a day trip. Hopefully, images like the ones we’re planning will encourage people to stay longer and look beyond its remarkable lagoon. 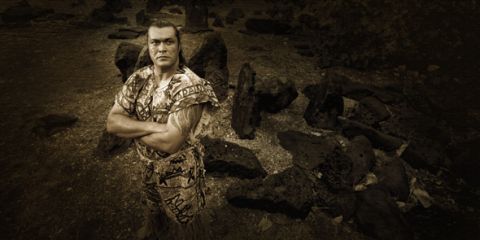