Just winding up the Myanmar shoot, with more than 150 gigabytes of images shot over the past seven days (I’m buggered). I’ll post a preview shortly but this one I captured today (below),  I consider to be one of my finest – a “hero shot” indeed. Love the expressions – every one of them playing their part in a photograph that has frozen in time the revealing expressions of several young monks. While five of the boys watch with unbridled enthusiasm, the one in the front has an expression that says, “I can do better than that”, the one directly behind him appears to accept he never will, and the one standing in the background reveals just one surprised eye. Me, I love it for its documentary quality which is what I set out to experiment with on the extra day I had in Myanmar. Admittedly, I initiated the game but it captured the monks just being kids …… in an instant of innocence where the photographer was clearly the last thing on anyone’s mind. 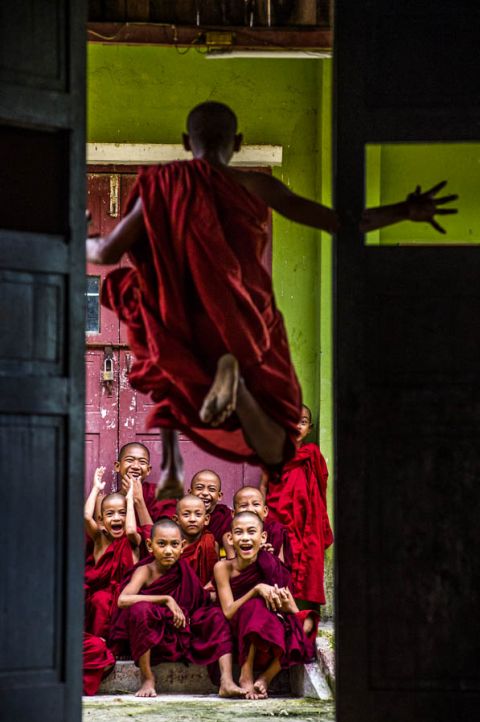 « BLACK AND WHITE IN THE RAIN
MYANMAR PREVIEW »