OFF TO SHOOT 15 SOUTH PACIFIC COUNTRIES – FIRST STOP, GETTING WET WITH THE WHALES 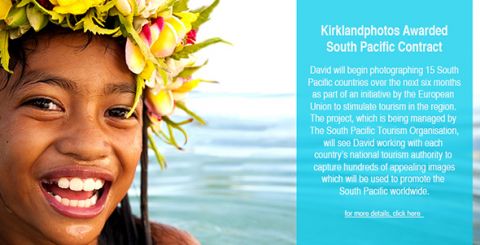 The documents were signed in Fiji yesterday.

The project’s being managed by the South Pacific Tourism Organisation and (thankfully, he says) its being funded by the European Union. The first “cab off the rank” is Tonga next month where I’ll be following the whales during their breeding season, visiting three island locations. As I’ve just bought a serious underwater housing for my D3 (not brave enough to risk the D4 yet), I can’t wait to get wet with the whales.

The countries to be shot are divided into two main categories – those I have already photographed and produced extensive libraries on (Papua New Guinea, Samoa, The Cook Islands, The Solomon Islands  and Vanuatu), and those I am yet to visit or photograph widely including Tuvalu, Kiribati, Niue, The Federated States of Micronesia, The Marshall Islands, Palau, East Timor (a new member country it seems), Nauru, Fiji and, as mentioned, Tonga.

The project’s outcome will be the delivery of a range of images which can be used to promote each of the 15 South Pacific destinations and the general region worldwide. The challenge will be to capture each destination in a way that differentiates them from the others while promoting the best of what each country has to offer.

I’ll keep you posted with images ……..as they surface (‘scuse the pun).

Note: Readers who subscribe to this blog in the next eight weeks will receive a free guide I’ll produce at the end of the project to some of the best places to visit and some of the best photographic opportunities in the South Pacific.

« BACK IN THE COOK ISLANDS FOR WESTPAC
HEADING BENEATH THE SURFACE – THOUGH 10 METRES SHOULD DO IT. »