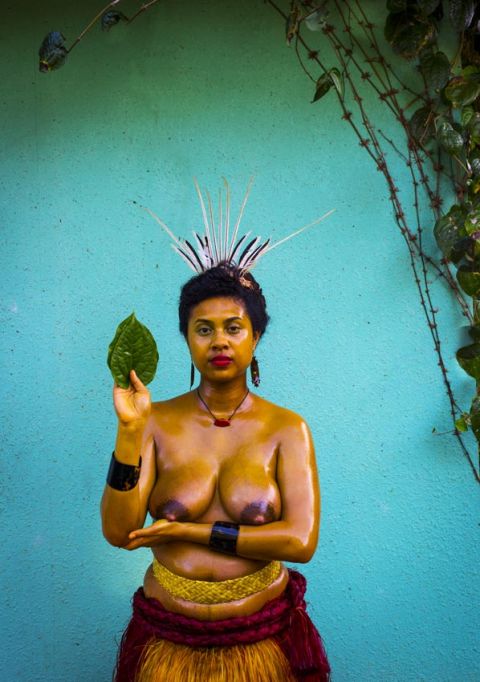 I like these photographs (above and below) for the pride Coleen demonstrates in her traditional culture.

The First-Born ceremony is still practiced with much reverence in Palau. New mothers undertake a private cleansing ceremony after giving birth, then emerge to an audience of family and friends in a traditional grass skirt, covered in ginger and oils; yellow from the Turmeric that has been painted over their bodies. In one hand they carry a single leaf to symbolise the cleansing process. One arm deliberately cups the breasts which are large and full of milk, giving prominence to the mother’s nurturing power.

I met Coleen and her baby the day before. She was well educated and it appeared likely she would be covering her breasts with a woven bra being a Seven Day Adventist, however, she comes from a strong traditional family (her mother and aunties were there to supervise the preparation) so she arrived – as women involved in the much celebrated ritual have done for hundreds of years – oblivious to modern modesty – a mother simply proud to have brought her first born child into the world. 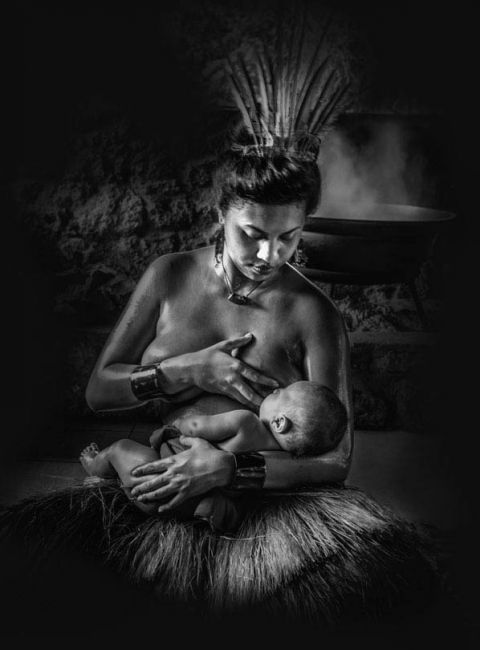