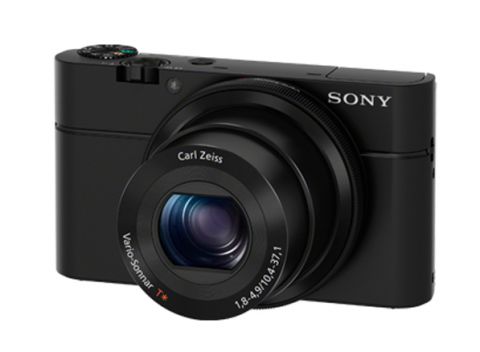 I’ve been raving about the Sony RX 100 (above) since I bought it three months ago.

I actually bought it for underwater photography but I’ve been so impressed with the images it produces, I now carry it everywhere and use it for up to 70% of my work (not the top 30% I might add – though even that depends on the shot.)

It’s a compact camera (ie it fits into your front pocket) which captures larger and, in some cases I think  better, pictures than my Nikon D4. Given its a fraction of the size, the cost and the weight, its frightening what it can do (the biggest concern I have when I use it is that my clients will see me holding it to my head and wonder why they are paying me so much to do the job with such a little camera).

Well, dear reader, appearances can be deceiving (I’ll just have to be careful with my clients) as I could not recommend this camera more highly for its versatility and the quality of the images it produces. It shoots 20 mg RAW files –  the largest file size of any compact camera on the market  (at least at the time I posted this entry), the sharpness and clarity of the image is superb – all you’d expect from a 1.8mm Carl Zeiss lens, it has a range of amazing creative settings (it captured the best sunset pic I’ve ever taken) and it is super user-friendly. It’s also quiet, it marries 30 (or is is 50?) images into a single, seamless panoramic picture, it shoots movies and it’s unobtrusive. Of course, it’s not as fast as the Nikon gear, it doesn’t have the focal range and I particularly hate that I had to buy its case separately but, in a short period of time, “Rex”, as I now affectionately refer to it, has found a permanent place in my camera armoury.

While you can surf the net and look up all of the technical reviews (most of which praise it as I do), I just wanted to add my 10c worth as I’m often asked what camera I would recommend to enthusiasts. This, in my opinion, is certainly the one.

As I wrote earlier though, I bought this camera for underwater photography which is where it certainly surpassed its competition on the many dives I’ve been on recently when combined with the Recsea Housing and a 28mm ultra-wide angle lens (below). The housing is as solid and secure as a tank and its not much larger than the camera (so it fits into your carry-on luggage and its easy to swim with), while the Ultra-wide angle lens does a great job of those half-above-the-water, half-under-the-water shots. And the lens is detachable underwater if you find you want to jettison the wide angle perspective. All of the underwater images in the preceding blog entries were captured using this equipment. For those interested,  the camera, the housing and the lens together cost about AUD$3,000. Based on the past three months I’ve just spent using the gear, I can write with considerable enthusiasm that its ideally suited to travel photography and the temperament and occasional interest in all things underwater of this particular travel photographer.

Postscript: They have now updated it and released the Sony RX100-11 with a tilting LCD display……even better.

« FINALLY, THE NIUE PREVIEW (and a glimpse of my “underwater eyeball”)
WINDING UP THE PROJECT TO PHOTOGRAPH 15 SOUTH PACIFIC COUNTRIES FOR THE SPTO »