Ok, so I must have been living under a rock for the past decade not to have seen the work of Gregory Colbert before now, but at least I have and so should any photographer with ascetic aspiration. I mean, it’s simply mesmerising – both the stills and the video.

If you visit his web site (www.gregorycolbert.com) – and you’ll need a half hour off just to revel in it – you’ll see a selection of some of his best work. Seriously sensual, combining people and animals. I simply love it. I’m not sure how a lot of the stills  are put together (can the guy with the whales hold his breath that long?) and, clearly, post production plays a big part in it but, if you explore the site, you’ll see some mighty impressive footage which was the basis of some of his pictures (and, oh, wouldn’t I love to have a couple of Cheetahs or elephants and an exotic woman to drape over them for just one of my shoots). His vision is superb – hauntingly beautiful.

If you aren’t familiar with the name, visit his site or have a look at this yu-tube clip ( http://www.youtube.com/watch?v=gSX444hQ5Vo ) which has put some of his footage to music. Highly inspirational…….now, if I can just find myself a falcon and a couple of jaguars to play with.

Do yourself a favour. Have a look. 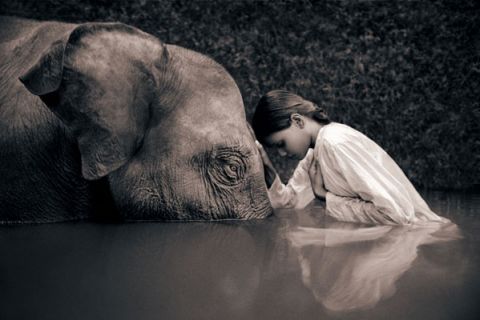 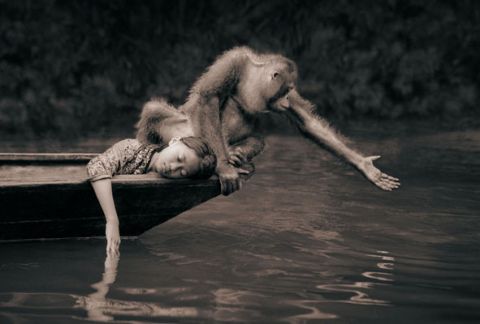 Ps And here’s another clip I stumbled across in my bid to track him down. Beautiful as well, though not with the same sort of feminine energy that Colbert  displays:   http://www.youtube.com/watch?v=YsgP8LkEopM