EXTREME SHOOTING IN THE GORGES OF WESTERN AUSTRALIA 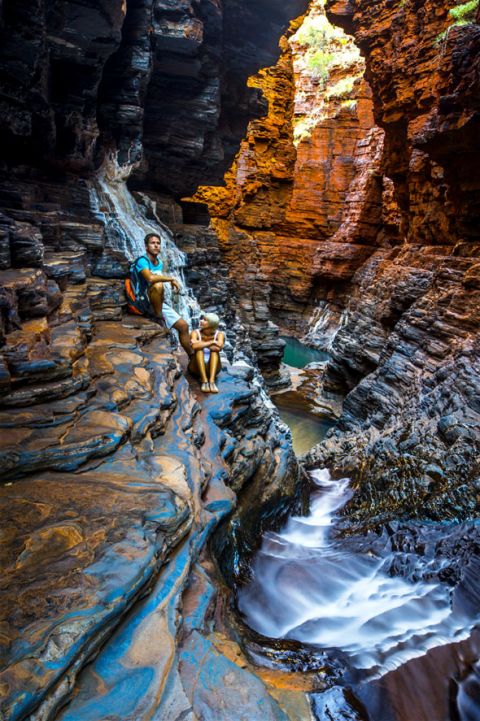 “Journey to the Centre of the Earth”. Hancock Gorge, Western Australia

I’ve just completed one of the most challenging assignments in my career as a professional photographer.

Twelve years ago, I was the CEO of the Pilbara tourism authority in Western Australia and I commissioned a five day assignment to capture just four flagship images of the region. My expectations were high – the four pictures were to be the foundations of our entire marketing strategy – so  it became the shoot from hell for the creative director and photographer who I dragged over hill and dale to get what went on to be the images that re-defined a mining region known only for its resources into a holiday destination tourists were eager to visit.

Just a week ago –  as if  by some perverse act of Karma – I was the commissioned photographer expected to do the same job in just as many days, only it would include a days shooting on Cable Beach in the Kimberley as well. The shoot was for Australia’s North-West tourism authority.

Cable Beach – where we started – was a walk in the park. Handsome couple (well done Nikki and Nigel), one of the best beaches in the world as a backdrop and a few camels thrown in at sunset for good measure. But Karijini…..(the knees still groan as I recall the name)…… Imagine waking in darkness to near freezing temperatures at 5am to get to a location at first light, then plunging 30 metres into a gorge that only gets direct sunlight for – at most – a couple of hours a day when the sun’s overhead. Extremes in light walk hand-in-hand to completely change the look – let alone the appeal – of what you’re there to photograph. Compounding it is the fatigue of traversing whatever gorge you’ve gone into (some walks take up to six hours, crawling around rock ledges, wading through ice-cold pools and clambering over boulders) to get to whatever the highlight is, then getting out again before nightfall.

Now, I need to emphasise here dear reader, that in these later years, just hiking – let alone climbing up and down 30 metre rock walls – is about as welcome to me as having a red hot needle plunged into my eyeball. Why anyone would spend money to do this for a holiday is beyond me. Still, I decided to shoot one particular location (Hancock Gorge) well – assuming that, if I survived, I’d  look and capture two secondary locations (Ferns Pool and Hammersly Gorge) in whatever time remained. Here’s a couple of the photographs that resulted (above and below). The rest I’ll post when I empty the red dust from my head and emerge from the bathing salts.

Some tips for other photographers looking to follow in the same agonising footsteps:

– Plan to shoot a single gorge over two days. The first day to observe the way the light’s falling and to pick your places. The second, to return to the sites when the light is at its best.

– Use a neutral density filter and a polariser for longer exposure and more detail. Works well with flowing water. Definitely take a tripod (you”ll regret it when it comes time to carry it back up but, hopefully, the results will make it worthwhile).

– Look at how its been shot by other photographers (Christian Fletcher probably does it best) at least in terms of what there is to shoot.

– The Pilbara landscape glows beautifully against the mauve sky in the pre-dawn and post-sunset light. In the gorges, expect to shoot early morning and late afternoon for the best reflective light. Generally, everything’s blown out and way too extreme from 11am to three.

– Do it while you’re young and the body’s still willing (or convince yourself, as I have, that somehow you’ll survive and that the gods will reward you for your suffering). 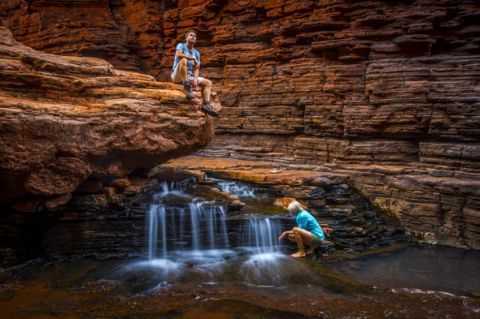