For those planning an adventure to the rim of Yasur volcano who are wondering how close you get to “the action”, this picture (below) pretty well sums it up.

But if you’re looking for real courage (next picture), visit Lowenio village and don a nambas for a dance with the guys knowing the image (and your tan lines) will shortly be circulated to a world-wide audience (I was barely able to hold up my camera from laughing so much when he materialised from behind the Nakamal).

Well done Adrian (a french traveler prepared to bare nearly all for the shoot). Top effort.

And I just like the last picture so I added it as well.

Next Post:  Preview of a selection of prime images from the Vanuatu shoot. 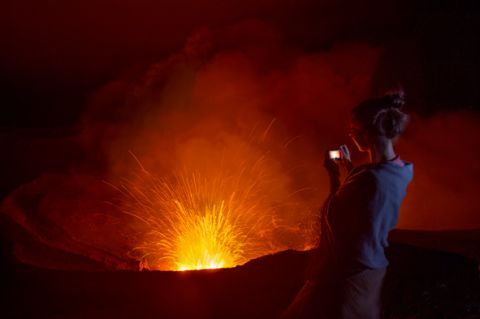 on the rim of Yasur Volcano 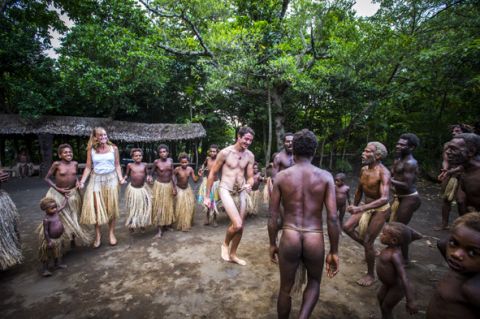 I’m led to believe he put it on himself 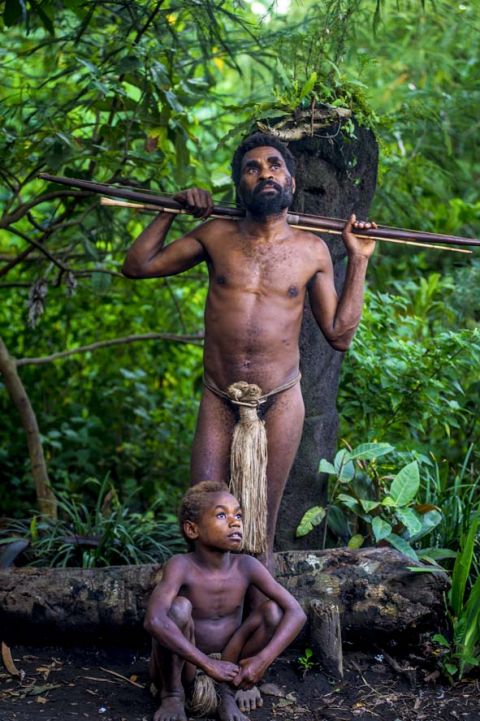 « HAVING A TOP SHOOT ON VANUATU’S VOLCANO ISLAND
TRAVEL PHOTOGRAPHY TIP 51: “THE SECRET” TO SHOOTING A LIVE VOLCANO »