DAY SEVEN: I headed off to an Elephant Sanctuary today, just out of Grahamstown as a precursor to the five nights I’ll spend at the exclusive Shamwari Game Park.

I had this idea of making a sensual sepia photograph of a young boy putting his head to the trunk of an elephant to demonstrate the bond between man and beast. Only the bravado the seven year old demonstrated at the nearby village we picked him up at, evaporated as soon as he came close to the behemoth.
Still, I quite like this pic (…..shot with a long lens to make him look a lot closer than he actually is).
I thought I might salvage the idea when I asked his mother to take his place but, while she stoically made the effort, a study of every photograph I took showed the same abject terror on her face her son had shown.
So much for that idea.
Anyway, heading for Shamwari in the morning. I’ve been doing backpacker hostels and home stays for the past week so I’m looking forward to a bit of indulgence at “the top end of town.” 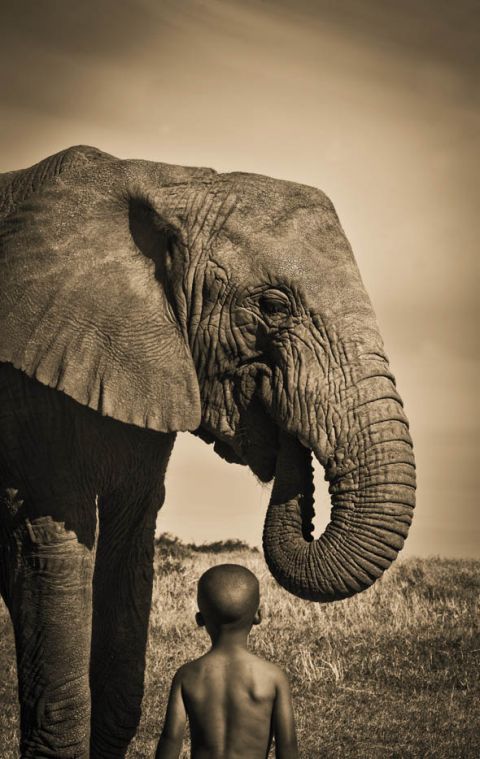