I had every intention of posting regularly during this trip but the jet lag took its toll (24 hours spent flying from Brisbane to Durban without sleep and arriving eight hours ahead of when you left can do that to you). Then there was the usual mad rush to “get something in the can” so I could relax a bit, and my universal power adaptor didn’t fit so I needed to conserve power.

Still, now recuperated, satisfied I won’t return empty handed and fully charged the day before I head off to a five star safari lodge (did I mention John (Travolta) and Nicolas (Cage) booked Shamwari out when they stay there?), I’m back with a few pent up entries and some pics (follows).

I’ll try to post daily when I set off to capture the wildlife and I’ll suggest a few tips for those looking to shoot “The Big Five (Lion, Rhino, Elephant, Buffalo and Leopard). First big tip (thanks Tim): Don’t use my 17mm wide angle lens to photograph the lions.

Here’s a nice pic of a local Xhosa girl (below). 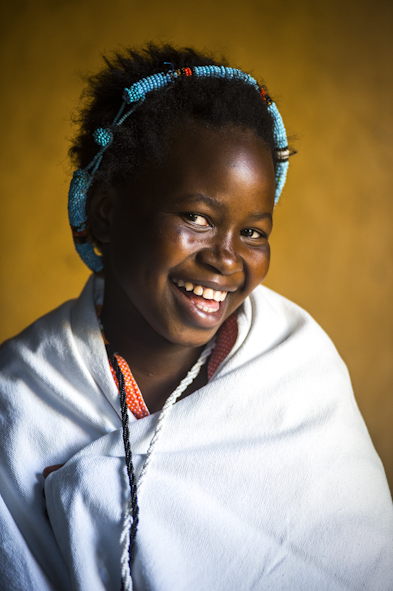 « PHOTOGRAPHER’S TIP 54: TO PAY AND WHAT TO PAY – THAT IS THE QUESTION
MOTHER TRAMPLED BY FLEEING SEVEN YEAR OLD »