PHOTOGRAPHER’S TIP 54: TO PAY AND WHAT TO PAY – THAT IS THE QUESTION 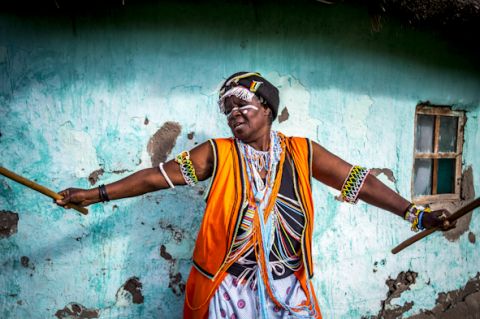 As a professional photographer, I’m often confronted with the issue of whether or not to pay the people I photograph.

If I capture a quick snap, I tend to move on but if I invest time in a picture and the person or people I’m photographing do the same, I’m more than happy to pay them for their time.
That said, I certainly don’t want to encourage people to stick their hands out the minute someone takes their picture so it can be a delicate balance. While I’d like to think the fact I have them sign a model release in exchange for the payment distinguishes me as a professional photographer so they don’t expect payment whenever someone points a camera at them, having sampled the reward, its more likely there’s no going back.
But the question remains, if you do decide to pay them, how much is fair?
Obviously it can vary depending on the amount of time and organisation involved and the country I’m in but, as a rule, I’m keen to make it a fair and reasonable exchange that leaves everyone happy. Here in South Africa, I’ve been offering a days wage in the local economy (47 Rand or $5) to a person for a couple of hours attention which seems to delight everyone I’ve photographed. Importantly, regardless of where I am though, I always get it worked out first (as, I can assure you, you can come seriously unstuck as I once did in Papua New Guinea when an intimidating highlander wanted a mere $1 million for the picture I had just captured. Thankfully, we settled on a handful of betel nut. Street Value: $2.50. Personal Value: Immeasurable).

This series is of a Xhosa woman who would have gladly settled for the 47 Rand my guide, Nkuthalo, offered her to dress in traditional costume but she was such a delight to photograph, we paid her twice that to which she spontaneously burst into dance (below) like she’d won the lotto (I’m talking villagers several hills away came running to see what all the commotion was about).

The moral of the story if you’re making photographs abroad: Exceed people’s expectations and they’re likely to exceed yours. 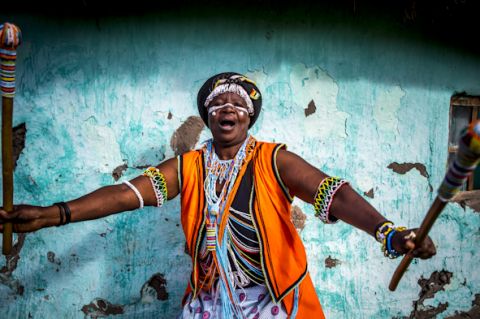 « TOOTHLESS LAUGHTER WORKS FOR ME
OFF WANDERING SOUTH AFRICA »