TOOTHLESS LAUGHTER WORKS FOR ME 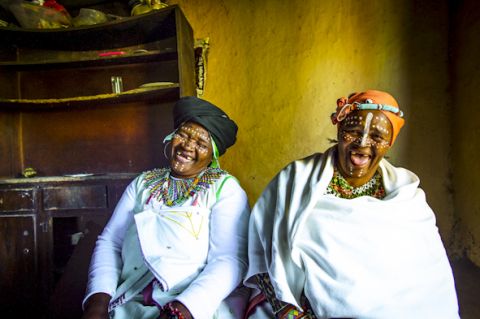 I have this thing for portraits of elderly people without their front teeth.

They’re cute and I’m often rewarded as a photographer by the culmination of a determined effort on their part to hide their smile and an even more determined effort on my part to unleash the laughter that often lurks just beneath their pursed lips.
But, dear reader, it can be a long wait finding it.

Generally, the people I photograph in developing countries are convinced by the camera equipment I point at them that I’m there to capture a formal portrait so they sit rigidly, looking dignified and straight into the camera with expressions more foreboding and fixed than the Easter Island monoliths.

My efforts to change that (particularly if I don’t speak their language) can see me carry on like a pork chop (dancing, flailing limbs, silly facial expressions etc) for several minutes to an absolutely deadpan audience until, just as I’m about to give up, the tiniest of cracks appears. It begins as a minor convulsion, a narrowing of the eyes and a quiver in the lips but then, finally, the laughter erupts and they’re into it. It’s belly laughter at its best with guffawing, head back, mouth wide open and tears rolling down the cheeks as all inhibitions are forgotten and they realise that’s what I’ve been chasing all along.

It’s a joy to share and capture the moment. The result: Entertaining, happy images that speak to all of us in a universal language.

These two women, dressed in the traditional garb of South Africa’s Xhosa tribe, hardly needed any encouragement (so they were spared my pitiful performance). 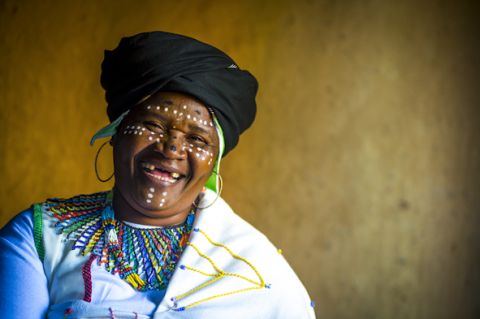 « MEET AND GREET IN DURBAN – HEADING OFF ON TWO WEEKS OF PHOTOGRAPHY
PHOTOGRAPHER’S TIP 54: TO PAY AND WHAT TO PAY – THAT IS THE QUESTION »