A COUPLE OF QUICK PICS FROM THE MELANESIAN SHOW 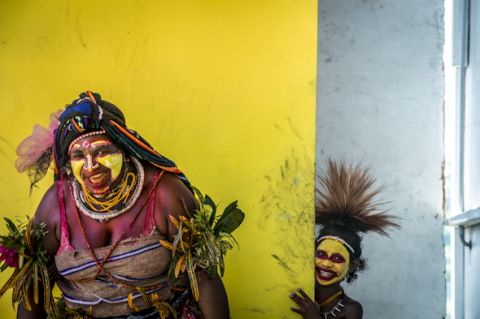 I reckon there would be nearly one hundred different cultural groups at this festival, including the foreign representatives of the Melanesian countries…..and Indonesia. Each of PNG’s 22 different provinces have sent at least two groups (from what I can see,  most have actually sent three) and there’s a big local contingent.

Unfortunately, the daily program is a bit up in the air (you who are familiar with PNG look surprised). It’s only being issued at about 10 am daily, then you’re left to interpret it and work out what group is performing at which of the five city venues.

Still, what an amazing cultural showcase – and what a massive challenge for organisers.

Its 5am now and I’m about to get myself organised for a couple of groups I’ve arranged to meet us for an early morning session in a bid to avoid the extreme light, the dust and the crowds ( I know, wishful thinking).

In the meantime, here’s a couple of cute ones from yesterday. 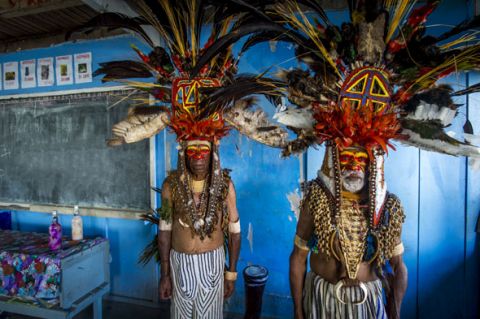 Back to the classroom