ALARM ABOUT DISAPPEARING CULTURE SHOULD BE ON THE FRONT PAGE

I guess if you’re looking to draw attention to the urgent need to do something about the erosion of traditional culture in Melanesia, there’s no better place to do it than on the front page of a national daily newspaper.

“CULTURE THREAT” boomed the front page of Papua New Guinea’s Post Courier newspaper (with my photograph and name to make it easy for anyone who disagrees with me to hunt me down given we’re in the middle of the biggest cultural festival the country has ever seen). “PNG is last frontier of culture but more must be done to preserve it”

Clearly though, my concerns struck a chord with the media which was reflected on TV and radio and in the newspaper’s editorial which endorsed much of what I’d said and echoed my call for a mechanism within the Melanesian Spearhead Group to monitor cultural practices to protect, preserve and promote traditional culture.

In a region full of great orators, hopefully the call will at least start a conversation from the grass roots up to the highest levels of government to do something about the rapid rate traditional culture is disappearing in the region – before it’s too late. 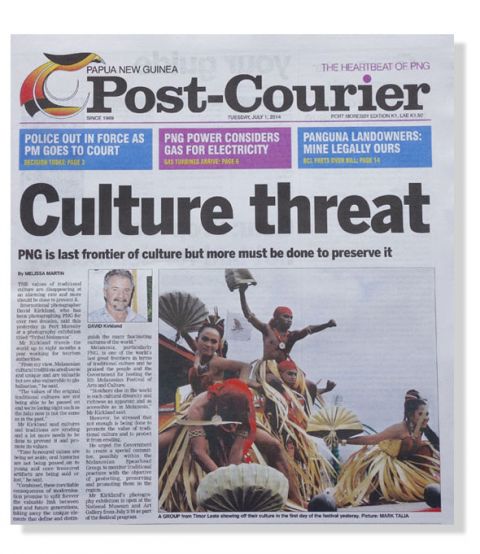