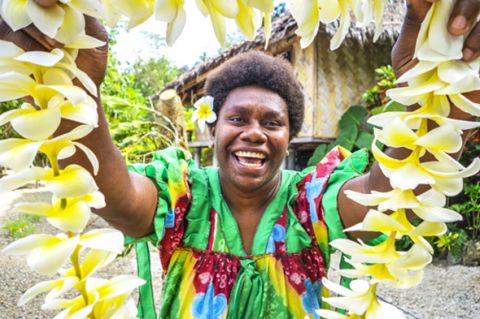 I should probably begin this entry by saying that this is not my photograph (above). It was captured by Alcina Charlie from the Vanuatu Tourism Office, who’s a student in the photography mentoring project I began in the South Pacific last year.

The project looks to build capacity in Pacific island countries by transferring my skills and experience to national tourism offices I work with in the region. Entry to the program is by invitation only as I am keen to ensure there is a tangible and lasting benefit to the country from the investment of my time and energy.

As you may deduce from this photograph, in less that eight months, Alcina is showing considerable promise. Armed with the Sony RX 100 compact camera (“Rex”, she affectionately calls it), her enthusiasm to learn the craft and the initiative she has shown is an absolute delight to work with. She has accompanied me on three assignments of Vanuatu now and has been unflinching in the tasks I have set her, including taking on a plethora of photography challenges and returning me 10 written lessons a day which will eventually be used as a training tool for other photographers. In fact the progress she is making often sees me struggling to keep up with her and saying “its only a matter of time before you’ll be putting me out of a job.” (….and while she may laugh politely when I say it, she has that glint in her eye that makes me think it may well be the case).

Truth be told, with the advent of digital technologies, quality photography has never been more accessible and, with the right direction and support, tourism authorities are now capable of capturing up to 70% of the images they use to promote their destinations themselves. 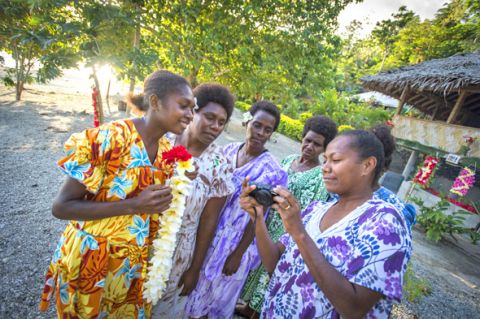 Top student. Alcina shares her photographs with staff at a guest house on Malecula Island