Both Papua New Guinea and Vanuatu are enjoying a surge of publicity from travel agents and media worldwide who continue to download high resolution photographs from their On-Line Photo libraries to use in publications and promotions (In case you didn’t know, we build Photo Libraries for national tourism authorities (below) and then populate them with photographs captured from my assignments. And we’re able to monitor the registrations so we can gauge their popularity which, recently – particularly for Vanuatu which only launched the library a couple of months ago – has been outstanding).

The National Tourism Office of Vanuatu (VTO) has just completed Stage Three of a four stage project to capture the country’s tourism highlights, while the Papua New Guinea Tourism Promotional Authority (TPA) has had a substantial library of more than 500 prime images for several years but it aims to see the entire country represented so there are three more provinces to capture.

Having returned from assignment only yesterday, I leave for “The Autonomous Region of Bougainville” tomorrow, then return to Brisbane to jump on a cruise ship for 10 days to photograph PNG through the eyes of its cruising visitors.

This short preview of the latest Vanuatu assignment (above) comes a bit late as there has been issues with the signing of model releases (I’ll write about it later). As I wrote earlier, we spent three days working with talent in and around the capital Port Vila, then I flew off with Alcina to the remote island of Malekula to shoot what turned out to be a fleeting cultural event.

Anyway, my flight details have just come in and I’m out in the morning so I’m off to get ready to photograph what has been billed as the biggest event of Bougainville’s cultural calendar.

As usual, I’m looking forward to it. I’ll drop a few pics in when I get back. 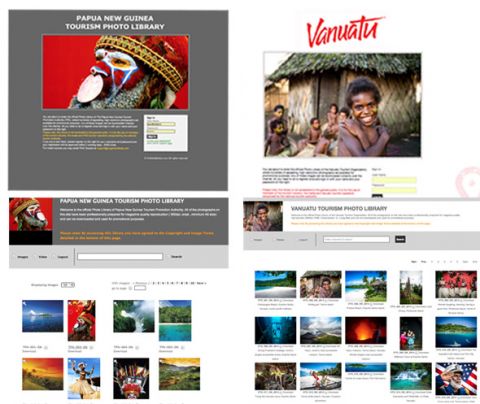