BREAD AND BUTTER VS ART AND BARE BREASTS 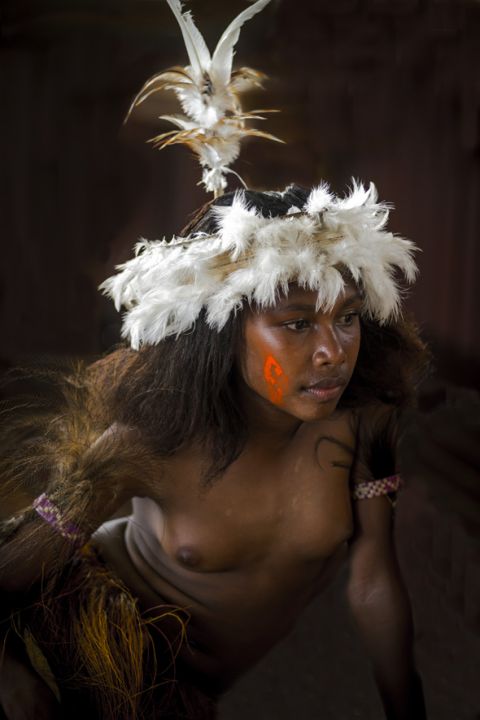 Here are two interpretations of the same event I shot as part of this cruise I’m doing of Papua New Guinea. The photograph (below) is the sort of picture most guests who were attending the cultural performance in Alotau would have captured, while the one (above) resulted from an opportunity I created at the same event.
I enjoy the fact that my pursuit as a travel and tourism photographer gives me the chance to produce both style of picture. On one hand, my clients pay me to capture a broad range of promotional photographs to sell their destinations. Like a comeback rock band, they expect me to “perform my favourites” – i.e. my standard repertoire – people having a good time, unique experiences, postcard-perfect scenery etc. But, occasionally, in among the bread and butter work I do, I see someone who I think is particularly photogenic and I create the opportunity to shoot an image that nourishes my personal creativity.
While the images are likely to move more towards art than tourism, they may well be used in a different context to promote the destination I am photographing (as similar images have recently, appearing in a photography exhibition and my latest coffee table book of personal work).
On this particular day, the light outside was stark so I arranged for this young woman who I’d seen dancing earlier to sit with me in a nearby shelter where the light was more complimentary. Because she was young and bare breasted, I insisted on a chaperone escorting us (as I often do to avoid any misinterpretation about my intent).
Actually, I was surprised she and her group were dancing bare breasted at all as over-zealous missionaries decimated traditional culture in the Milne Bay region in the late 19th century and they continue to insist women cover their breasts when they dance in traditional rituals. As in many provinces in PNG – and, for that matter, many countries throughout the South Pacific – education, religion and modernity are playing an increasing role in women covering themselves during traditional performances.
So, it was both surprising and pleasing to see the resurgence of “the old ways” in Milne Bay. “We are proud of our culture,“ said the elderly chaperone who sat with us. “The church is strong but our traditions are stronger,” he said adding “And, after all, this is what the tourist come to see.” 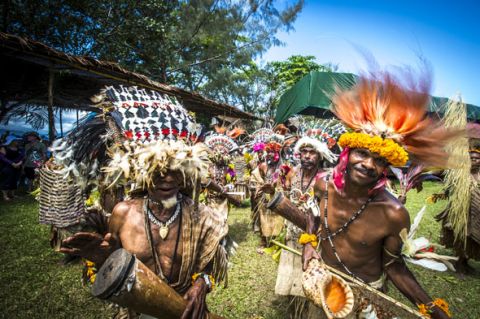