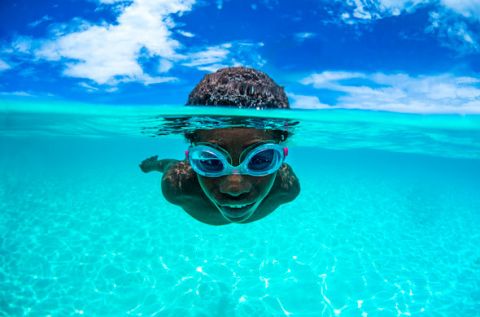 Its 4 am and I’m laying in bed in a guest house on Buka Island, Bougainville trying to ignore a ferocious cat fight that’s been raging for the past hour and regretting having forgotten the most vital of my travelling companions – my earplugs. The cats, the thumping boom box music and “steam” fuelled tirades (steam is the pidgin word for home brewed alcohol) have continued throughout the night in concert with my chattering air-conditioner.

It’s been a long night – actually a long shoot.

You may remember, The Autonomous Region of Bougainville was the title given to the island province of Papua New Guinea in settlement of a 10 year crisis/war between land owners and government over the Paguna Copper Mine. With the mine still closed (apparently a Canadian consortium is looking to buy into it – good luck with that), tourism is being mooted as the island’s economic saviour, so we’re here to capture some of its potential highlights.

Over the past seven days, we’ve driven the length of Bougainville. Beginning in the small northern island of Buka, we attended the region’s annual Mona cultural festival, then ferried across to the mainland and travelled to Arawa and up to the devastated mine site. We took a quick excursion out to the pristine Anua Islands, shot a few war relics, drove onto Bougainville’s most southerly point and returned to trek over hill and dale then through surging rivers to photograph the young initiates of the sacred Upe ceremony – which, I’d have to say, fell a bit short of the photo opportunity I’d hoped for.

Still, its been an adventure. There has been some beautiful countryside to see, the people, as usual,  have been incredibly hospitable and we did manage to deliver some appealing images (above).

…..It’s now been half an hour since I started writing this post and my lap top is flashing a battery warning that it’s about to cast me back into the din and darkness of early morning on Buka Island. Thankfully, the boom boxes have finally fallen silent and one of the cats has been vanquished – leaving me to contend with just the roosters, the squealing pigs and the old man next door who’s been hacking up phlegm since three, inciting riot among the village dogs.

For previews of recent posts on Papua New Guinea assignments, click on the thumbnails below.