“Throughout the week, storms and hail have lashed the region,” crackled ABC news on the car radio as I drove to the airport, ending a seven day assignment in Victoria’s High Country – my last assignment for the year.

With fog on Mt Hotham and Mt Buffalo so thick it brought our cars to a standstill; winds and rain strong enough to prevent anyone from leaving their vehicles; hail that caused our crew to scamper for cover on more than one occasion; and bolts of lightening that threatened to blow us off the mountain, it’s been, well, an interesting shoot.

Not so remarkably you might suggest, the stylist all but fled at the end of the assignment. And my client, who I asked to steady a lighting stand in the middle of the tempest not even thinking it would act as a  lightening rod, said she never hugged her children so tightly when she finally got home. You have to laugh – certainly I did when I looked back over my shoulder and caught the expression on her face. She now calls me “Thor” (sadly, not for the resemblance between me and Chris, but for my apparent ability to attract such ferocious weather).

Still, as you can see from the preview below, it’s been a productive shoot  – in style, sort of Katmandu meets Country Road and Gourmet Traveller.

I return to the region in April to further strengthen the Victorian tourism authority’s photo library with images around the changing colors of the season. 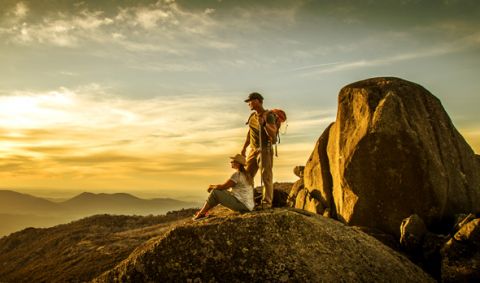 « ACTOR WINS LEAD ROLE IN VICTORIA HIGH COUNTRY PHOTO SHOOT
PHANTOM SALE – IS THIS WHAT A $6.5 MILLION PHOTO LOOKS LIKE? »