MAKING THE MOST OF A BAD WEATHER SHOOT

I’m on the flight back from Rabaul to Port Moresby at the end of the seven day assignment which was largely carried out in the midst of a tropical low pressure system created by two converging cyclones.

It’s generally the case that you need to work a lot harder as a tourism photographer in poor weather conditions. Denied the golden light of sunrise and sunset and faced with heavy winds, rain and brooding skies, obviously shooting big scenery pictures is out of the question so you’re having to think a lot more creatively.

In this situation, I generally look to take advantage of the even, overcast light and concentrate on indoor opportunities (markets, museums, resort interiors, textures and food etc), waterfalls (if you can find them or, for that matter, get to them) and tight shots of fauna, flora and people.

As I’m often heard to say though, with talent and proper planning, you just need one fine day out of seven to turn an assignment around which, thankfully, we got on the second last day of the shoot.

And what a full day it was. We started at 5am, jumped onto a boat, roared across the harbour to pristine Pidgin Island, did some quick beach shots, scuba dived on a nearby shipwreck, then lifted anchor and headed off to snorkel on a sunken Japanese zero before the sea breeze came in. An hour later we were back on land,  thundering along an unsealed road and up onto a mountain range in a four wheel drive to get to a scenic lookout before ending up at the base of distant Tuvurvur volcano for some shots with children. By eight, I was back at my bungalow doing room service while I backed-up and processed the day’s pictures which took a couple of hours. My day ended about 11pm as I drifted off to sleep with thoughts of picture ideas for the 7am start the next morning. All up, an 18 hour day (yawn).

Probably the most exhausting aspect of a bad weather assignment is working with the uncertainty of whether you’re going to get better weather. I’m a big believer that as a professional travel photographer, you should still be able to capture appealing images – regardless of the conditions (setting aside extremes, he adds). So you still need to be productive and efficient with your time even though the risk is always higher with less options. And there’s always the prospect that the weather could improve and everything you shoot trying to make it work will become largely redundant when you return (even worse than that, of course, is it raining for the entire period which, I’m happy to report, has only ever happened once in my entire professional career).

Anyway, as you can see from the preview below, despite the weather, the assignment has produced a solid range of appealing images for the national tourism authority.

And, once again, I find myself eternally grateful to the gods for at least that single day of fine weather. 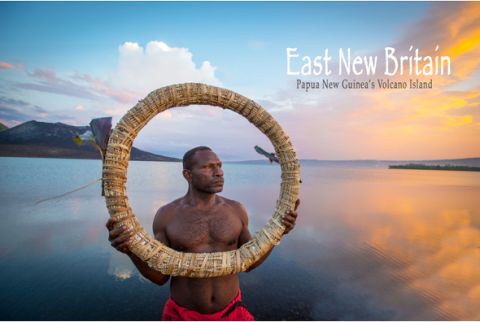 « TAKING ONE FOR THE TEAM
THE BUSINESS OF BOOK MAKING – ALL THANKS TO A GREEDY, SHORT-SIGHTED PUBLISHER »