THE BUSINESS OF BOOK MAKING – ALL THANKS TO A GREEDY, SHORT-SIGHTED PUBLISHER

It’s been nearly a quarter of a century since my first book was published. I made next to nothing from it, despite the entire print run (3,000 copies) selling out in six months.
The book, Impressions of Papua New Guinea (below left), was a collection of 50 short stories and 100 photographs, based on two years I spent living in Papua New Guinea.
I wrote the book, captured all the photographs between its covers and designed it, leaving an Australian publisher to print it and – as it turned out – pre-sell it in a single meeting with a national book distributor. When the deal was done, I made 12% of the net profit which, I was told, was generous for a first-time author, while the publisher claimed the balance (not a bad little earner on his part methinks).
When the book sold out, the publisher approached me for permission to re-print it and I asked for a more equitable arrangement given I’d done most of the work and that the risk was reduced as the book had clearly found a market, only to be verbally abused and told the film for the book (as it was in those days) would never be released to me unless I agreed to the earlier terms.
Well, I didn’t agree and three years later I bought the film from the publisher (for what amounted to the royalties I received from the first edition) and printed the book myself, giving birth to my own publishing company, Frontier Publications.
Today, having published books on Australia, South-east Asia and the South Pacific, I’ve returned to Papua New Guinea for my 15th book  – Papua New Guinea – The Last Great Frontier – which is going to press in Singapore as I write this post and, with 3,000 copies already sold, it’s likely to be one of the most successful publications we’ve ever produced.
Clearly, publishing has become an important pillar in my business as a photographer as it adds value to my photographs but, truth be told, if it hadn’t been for that greedy, short-sighted publisher I met early in my journey, it might never have happened.
….It’s funny how things work out. 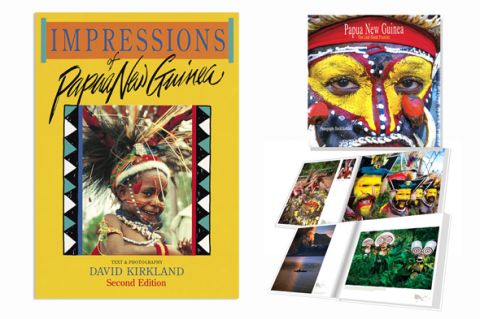 « MAKING THE MOST OF A BAD WEATHER SHOOT
ON-LINE PHOTO LIBRARIES – LIKE MOST PHOTOGRAPHERS, HAVING TO THINK OUTSIDE THE VIEWFINDER »