ETHIOPIA IN BLACK AND WHITE 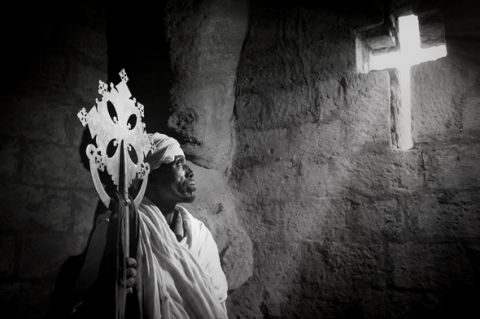 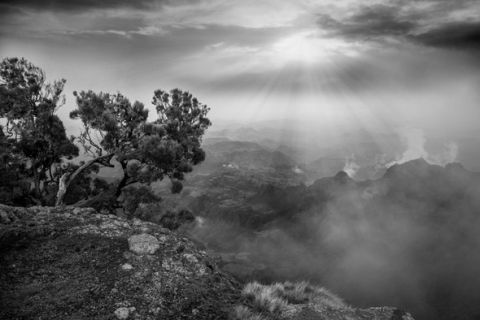 Try and get your mind around this. A massive church, not built from the ground up, but freed from solid rock and carved – every column, every step and every window – from the surface down.

I’m at Lalibela, in northern Ethiopia, the site of the world heritage listed precinct of some of the most amazing churches on earth. Twenty four years they took to carve, back in the 12th century – their creators chiseling 15 metres down before etching into the vertical body of rock to form the existing chasms of worship that are still used today.

Bet Gorgis (pictured above) would have to be one of my favourites, given its particularly distinctive roof replicating a Greek cross.

Anyway, I digress but I’ll return with images of the churches later as we attended a 3am mass this morning and I’m in need of a “nano-nap” before heading out again this afternoon.

In the meantime, I thought I’d post a few black and white images from the shoot so far to nurture my creative soul (…..there’s so many pictures to choose from).

Exhausting it may be scrambling to deliver a photo library of the highlights of the entire country to the national tourism authority in just 28 days but what an amazing country it is to photograph…..(and, truth be told, we’re not doing too badly).

I’ll post a best-of preview of some of the images at the end of the shoot.

Next Stop: Ethiopia’s capital Addis Ababa before heading south to the tribes of the Omo Valley (I’m very excited).