Just finishing up a shoot of the Northland region of New Zealand.

It’s been a productive assignment (well done Sarah) though, sadly, the opportunity to shoot some “big pictures” to promote traditional Maori culture didn’t eventuate, despite the tourism authority moving mountains to try and make it happen (it’s a long story).

We headed to the tip of the North Island and back to Whangarei, covering everything in-between. Thankfully, we got the weather we needed at the right time – overcast skies for the waterfalls, interiors and the giant Kauri forests, and clear, blue skies for the beach scenery. We also had talent so we had a lot more picture options.

I like the Kiwis. They constantly punch above their weight on the international stage and they’re a friendly mob (of course, it may have just been their eagerness to remind me that we lost the World Cup to them on the eve of my arrival, he says).

Here’s a selection of some of the images from the shoot which are likely to be doing the rounds shortly:

Next Stop: Vanuatu for my final two assignments of the year (Alcina, ready the Kava). 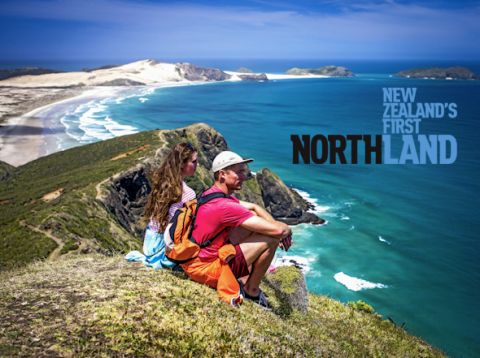