I’m just finishing up back-to-back assignments in Papua New Guinea before starting a short, corporate shoot for Westpac Bank while I’m up here.

Lake Murray Wilderness Lodge, in a remote part of The Western Province, was first cab off the rank (follows). Then it was straight up to Mt Hagen to shoot Rondon Ridge Lodge.

I’ll post a preview of the later, as soon as I draw breath.

As you can see, Lake Murray had a serenity to it, reflected by the wide open spaces and the long, wooden canoes that meandered its waterways. And what an amazing culture to photograph with its ornate feather headdresses and ochre paints (more like something from the jungles of the Amazon).

Apart from capturing the culture, a personal highlight was skimming across the glassy water around first light in front of a powerful (and quiet) four stroke engine, watching the birds and the villages of this remote wilderness come to life.

Oh, and then there was the priceless expression on Pat’s face – the intrepid 83 year old Brit (pictured) who happily allowed me to kidnap her for the shoot. As she bent down genuinely interested to  study a Hornbill penis sheath worn by one of the men I was shooting, its owner prized open the beak to reveal its contents. Far from startled, she turned and said in her chipper voice, “It’s been quite a while since I’ve seen one of those.” 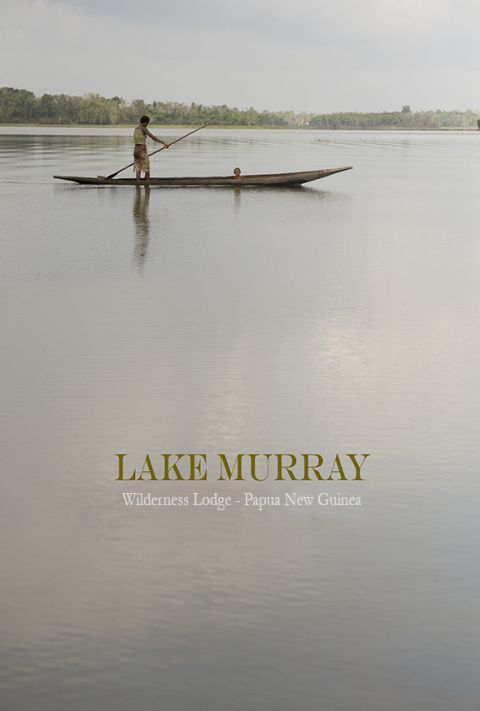