From the wilds of Papua New Guinea to the wildflowers of Western Australia – surely I could be forgiven for expecting a somewhat less demanding assignment.

However, as I have learned, “wildflower photography” has its own challenges.

First, you need to find the wildflowers that flourish in the vast expanse of central Western Australia. Not the scattered patches which I started with and photographed in early desperation mind you, but the plains of them which I subsequently discovered lay several hundred kilometres further north. You also need to realise that the flowers that appear in broad daylight which you meticulously planned to return to and photograph with talent were likely to disappear in the late afternoon (yes, of course I know some flowers retract in the cold; everyone knows that). Then there’s the importance of remaining in cruise control in your car as you rush to harness the early morning light (result: a $200 speeding fine), knowing the difference between a much sought-after wildflower and, well, crops (who would have thought the bright yellow Canola wasn’t a wild flower) and, finally, assuming as accurate, the advice of the dear old biddies who volunteer their time at the visitor information centres when they tell you the rare wreath flowers you are seeking are ” just 35 kilometres from here” (…..or maybe that was last year).

Still, it was a productive shoot (thanks Jess and Kaylee who came up from Perth).

If you’re looking to travel the Australian outback, you couldn’t pick a better time of year (August) – particularly after a good rain.

Next Stop: I return to the Solomon Islands in a week to finish off the national tourism authority’s On-Line Photo Library. 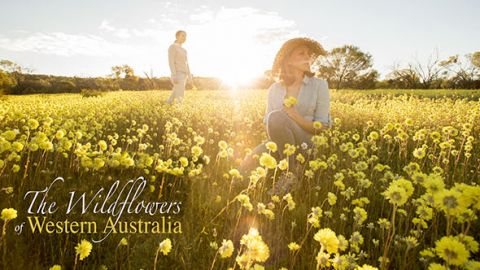