TOURISM HERO SHOTS – AND WHAT IT TAKES TO CAPTURE THEM 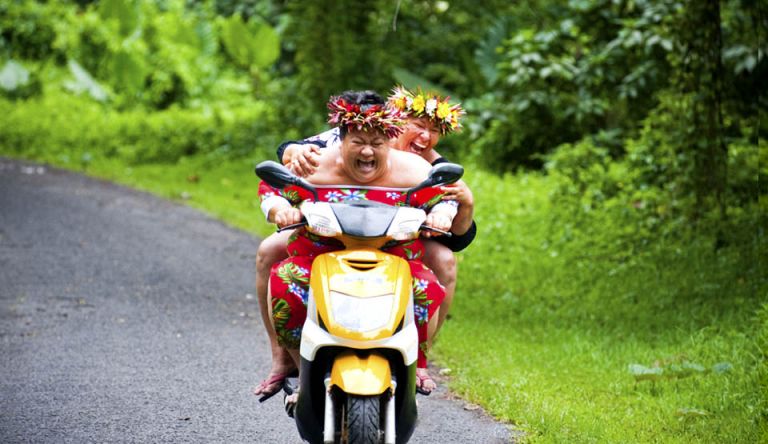 This photograph proved very successful in attracting attention to the Cook Islands.

I head off into the South Pacific next week on back-to-back assignments, with both clients keen to get some “Hero Shots” of their destinations.

Given I’m shooting The Cook Islands, then Tahiti, I’ll certainly have some stunning backdrops to choose from (assuming good weather, he rushes to add).

So, I thought I’d add a post of what I think a tourism Hero Shot is – and what it takes to capture them.

I should start by explaining that a Hero Shot is not what I call an “Inventory Shot” – one of hundreds of images that are necessary to promote a destination but, none-the-less, are largely forgettable. Such shots account for a large part of most promotional photo libraries.

What a tourism Hero Shot is, however, is an outstanding photograph that either grabs your attention (and, in the process, draws attention to your destination in a highly competitive marketplace), or one that makes you think  “My God, what I wouldn’t give to be there right now.”

These images tend to lead a tourism authority’s promotional effort, often defining and differentiating a destination from its competition. A series of Hero Shots can be tailored to broaden a destination’s appeal and convey your key marketing messages to the specific audience you are looking to attract.

As you may gather though, such images require considerable forethought and planning.

Of course, a photographer may just be at the right place at the right time but to consistently deliver Hero Shots at an international level, you need more than just luck.

In my view, a tourism Hero Shot begins with a good idea for a photograph, built around a destination’s competitive strength and appeal – for example, projecting an exceptional experience that’s unique to the destination. Or it might be built around a defining characteristic – ie a recognisable landmark (Uluru in Australia), a cultural experience  (the Land Diving ritual of Vanuatu) or a particular marketing message (luxury and seclusion). But that idea is where the process starts and, from there, you have to build it into an outstanding photograph. In some cases, capturing a Hero Shot can be like painting a canvas – you need to add layers to lift it to the next level. Say you have a stunning backdrop – an island or a beach scene for example. With the right conditions, a big camera and some fiddling in post production, you’re likely to end up with a serious scenery shot. Well, that might be enough but there’s likely to be plenty of similar images around so you have to consider what can be done to strengthen the photograph and the message you are looking to convey. Including people helps (unless you’re looking to appeal to Germans who like their new frontiers completely empty). But the talent needs to be carefully selected and managed to improve the prospects of capturing a Hero Shot. Ideally, they should be handsome in terms of the audience you’re looking to attract (research has long shown that people are “aspirational” in that they know they may not look like models but they can see themselves in the pictures). And the talent needs to be dressed appealingly. Props, i.e as kayaks and snorkelling gear, also have to look the part.

So, at this point, you have a stunning backdrop and some handsome, appropriately dressed, talent to set in front of it. Is that enough?

Well, maybe. But another layer to consider is the actual experience – the story if you like. Is there something appealing these people can be doing to draw your audience to the destination? It might be as simple as having your talent engage with the local culture or as elaborate as them participating in a bucket-list activity that’s unlikely to be experienced anywhere else in the world. In the first instance, ideally, the local person in your picture needs to be photogenic; in the second instance, everything in the photo needs to point to the bucket list experience.

Importantly, you also need to shoot your subjects in a way that doesn’t appear posed. The picture has to be both believable and likely, hopefully capturing the feeling or mood of the moment. For example, simple as it looks, every element in the picture I shot of the Cook Islands motorbike riders (above) was planned – the ladies, their wardrobe, the colour of the bike, the location and the lighting. And women riding motorbikes in bright dresses with laes in their hair is a common sight in the Cook Islands so it was “authentic.” But what made it stand out was the spontenaity that was allowed for within that planning. It just looks like they were having fun. In my experience, it’s often emotion which people connect with that can lift a photograph from the ordinary to the memorable and create a Hero Shot.

And then, finally, there’s the lighting and the weather which, of course, you can’t control. But you do need to anticipate it. Lighting is everything in outdoor photography. It alone can determine the success or otherwise of a photo – no matter what you do. This is why a reconnaisance is so important, why a rehearsal sometimes needs to be staged and why additional time needs to be allocated for unforseen circumstances (after all, you’ve invested enough getting this far). In short, all these elements need to be married together and arrive at, hopefully, just the right time.

In summary, as was the case in each of the photographs (below), careful planning is required to increase the chances of getting that elusive Hero Shot. 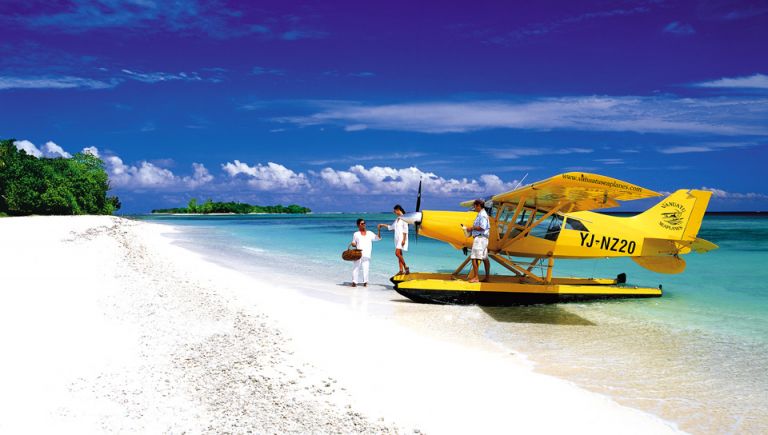 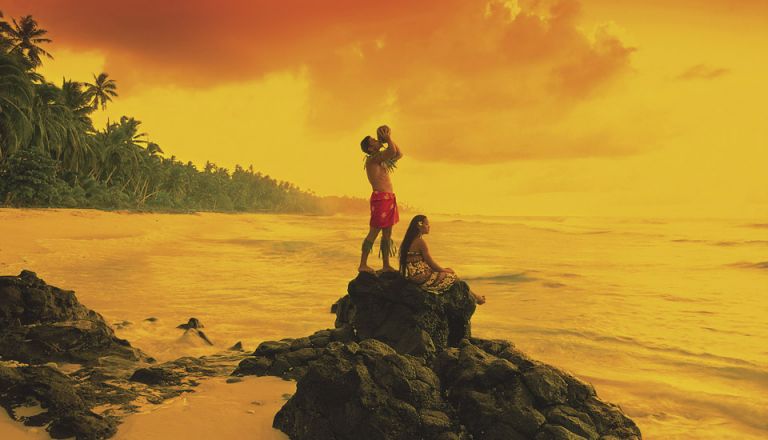 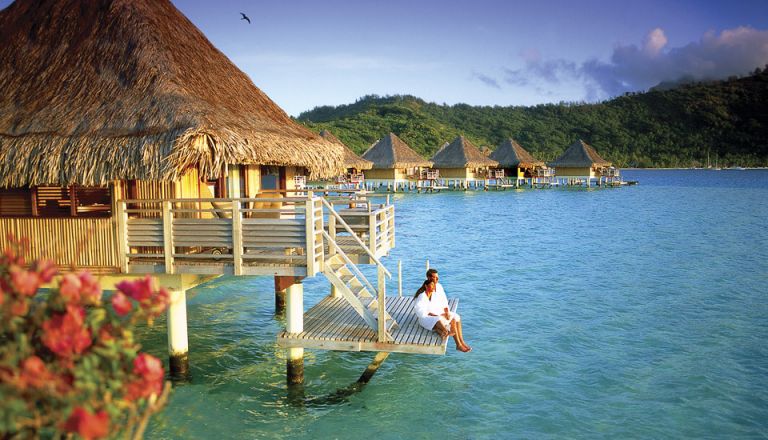 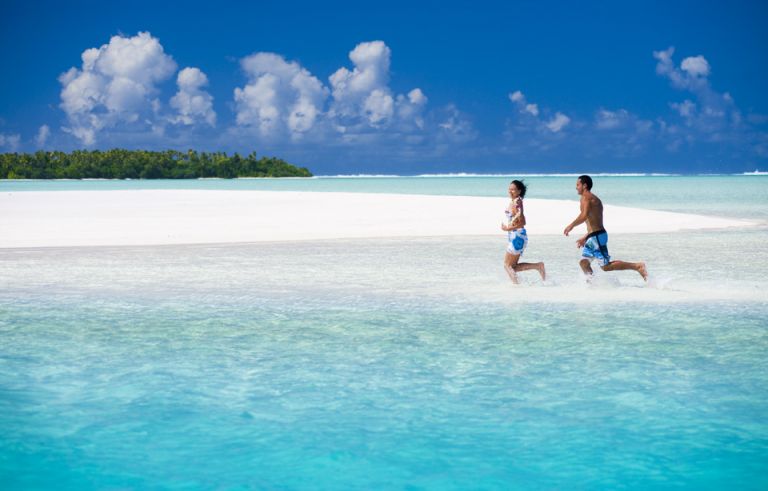 « MY RECOMMENDATION FOR A HOLIDAY IN THE SOUTH PACIFIC
MY NEXT BOOK PROJECT: 100 TOP TIPS ON TRAVEL PHOTOGRAPHY »