WE’RE BACK FOR 2017 …AND HATCHING A FAIRLY BIG IDEA

After a short break, we’re back for 2017 and preparing for what is shaping up to be a particularly busy year.

It’s our own fault, we’re changing our business model and building an on-line commercial photo library to meet the growing needs of the tourism industry throughout the South Pacific.

We’ll be launching it in the next few weeks.

“It’ll never work,” we’ve been warned. “The big stock libraries are swallowing up the competition and supplying images at rates we just can’t compete with.” Colleagues are saying the market for stock photography is plummeting – “a 75% drop in sales this year alone,” said an associate in the northern hemisphere who’s uploaded about 20,000 photographs to one of the big international libraries. “And, of all the places in the world, do you really think there’s enough of a market in photos of the South Pacific?

Well, I think there is, and I’m prepared to back the idea. 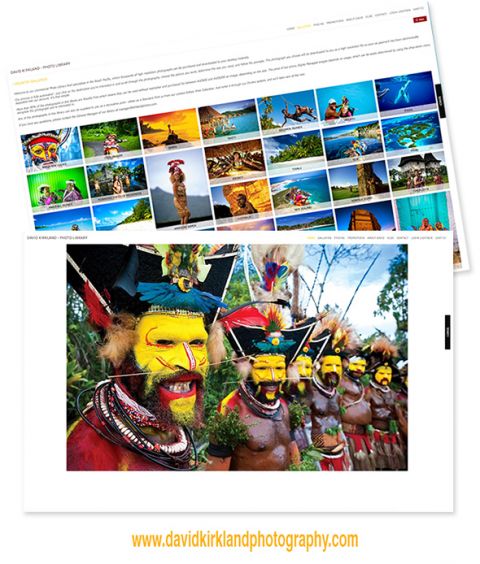 For a “sneak peek” at our new photo library, click the pic above

Truth be told, I’ve wanted to build a commercial photo library on the South Pacific long before now but the technology just wasn’t there. Internet speeds were too slow, the tourism industry wasn’t developed enough and the investment needed to set everything up and run with it was just too great. So I stuck with the international stock libraries.

Today, however, I can buy sophisticated library software off the shelf and adapt it to my needs, everyone’s at the end of an e-mail in the South Pacific nowadays and demand appears to be rising for high quality photography of the region (whether or not they’re prepared to pay for it, remains to be seen, he adds). All that was really needed beyond that was a reasonable body of work to start the library, the time and energy to process and upload it all and a new, ambitious goal for 2017 which had more of a chance of succeeding than my perennial pledge to lose five kilos.

Since the decision to go ahead, thousands of dollars and hundreds of hours have been spent building our new library (above) which – if it isn’t already – is set to become the largest commercial photo library dedicated to the South Pacific.

The foundation of the library is nearly two decades of photographs I’ve captured wandering the region. We’ve been trawling through all our archives to select images we think will sell, then spent countless hours processing and uploading them to the library (I’m tempted to say we’ve also done all the captioning but that’s far from the case as, sadly, I’m the only one who knows where the pictures were taken). A small saving grace though: thankfully, I moved to digital photography fairly quickly so only a small portion of the library is drawn from my film stock.

So now, with thousands of images already uploaded, we’re on a mission to substantially expand the range of photography on every country in the South Pacific (no mean feat).

What’s likely to be the library’s competitive strength I hear you ask?

In a less modest moment, I’d suggest the quality of the images will help but, that said, I’m convinced it’s the price and the range of the photography that will determine the library’s success – as well as its ability to evolve to meet the needs of the tourism industry in the region and those associated with it from abroad. The big libraries generate their incomes from more populated areas where there’s greater demand, more business and, well, more photographers so they don’t have the same commercial interest in providing a broad range of quality, affordable stock on the South Pacific. More than 90% of our library is made up of Royalty Free Images which will sell for between AUD$50 and AUD$200 a photo, depending on the size. And, while the price of our prime, Rights Managed Images will be based on usage, they will still be vastly cheaper than what they would sell for through a major international stock library. Special Packages will also be tailored to the needs of media, publishers and travel wholesalers. And we  expect to move the pictures. Volume will be the key as our system is fully automated.

While I’ll continue to invite commissions from tourism authorities and resorts who will receive additional benefits stemming from the library, I’ll also look to extend my visits when I’m abroad and shoot widely with a more commercial focus. In six months, we’ll also be looking to attract other photographers to the library – those based in-country and maybe others just visiting – offering the library as a platform for them to market their work worldwide and generate that elusive passive income.

At the same time, we’re committed to helping small tourism operators in the region. Recognising the challenges they face accessing high quality photographs to promote their operations, we’re launching a special  industry assistance scheme (below) which will provide a 50% discount to tourism businesses based in the countries featured in our library. Tourism authorities in the smallest South Pacific islands with limited resources will be able to access the images in our library free-of-charge (Kiribati is already the first beneficiary).

So it seems – to me at least – that the venture is likely to benefit everyone involved. There will be an incentive to generate more appealing, high quality images which will be distributed worldwide to promote the South Pacific; immediately accessible, competitively priced photography will be available to the local tourism industry. A platform will be created for photographers in the regjon to market and sell their work, assistance will be provided to those in the industry who may need it, and additional benefits will be extended to the clients I continue to work with.

All up, it’s an exciting start to the year. If you’re on our mailing list, expect to receive details of our new library being launched shortly. 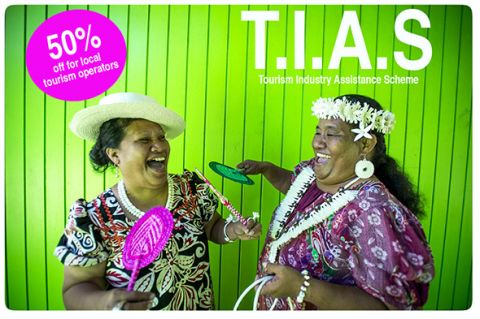 A promotion for our Tourism Industry Assistance Scheme