A QUICK PIC FROM THE NIUE SHOOT

From a tiny speck in the South Pacific, comes this quick pic (below) of one of its natural attractions – pristine Limu Rock Pools, carved into the largest uplifted coral atoll in the world (….a big status for such a wee island you’d have to say) .

Tomorrow we head beneath the surface to swim with some of the world’s deadliest sea snakes (I’m told they don’t bite), explore underwater caverns and traverse two giant underwater ribbons of white sand in what, surely, has to be some of the clearest water you’re ever likely to dive in. 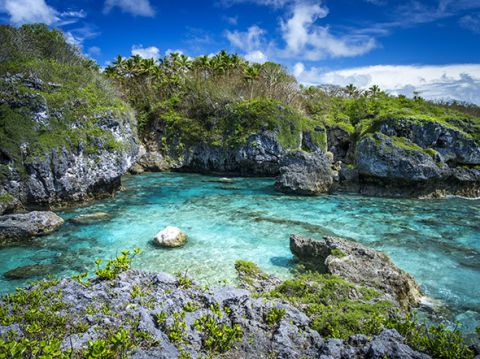 « GOOD LUCK “TANNA” – NOMINATED FOR BEST FOREIGN FILM AT THE ACADEMY AWARDS
NIUE ISLAND – INDEED, LIKE NO WHERE ELSE IN THE SOUTH PACIFIC »