CRUISING THE YASAWAS WITH CAPTAIN COOK 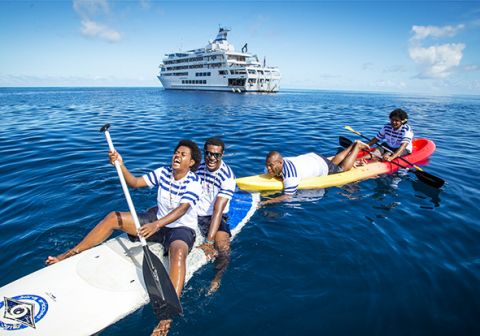 Runaway crew ….(or they would be if someone knew how to paddle!)

A quick post from the Yasawa Islands in Fiji on day two of a seven day cruise.
As this is my third commission by Captain Cook Cruises, the brief is largely to strengthen the library of images captured on the last two cruises, so we’re concentrating on the big scenery shots with the ship in location (below) and the crew having a good time (above).
I’d have to say, I’m getting pretty excited about what the drone is capable of doing – particularly its 4k video capability which is simply mesmerising (so much so, it’s a struggle to concentrate on the still shots, he says).
Of course, the big laughs of the Fiji crew is a given – they’d have a good time whether the camera was pointed at them or not – but, if the weather holds out (and the drone stays in the air), we should be returning with some pretty impressive imagery. 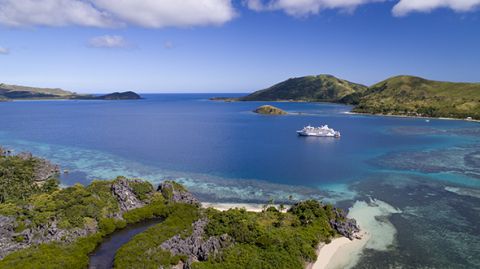 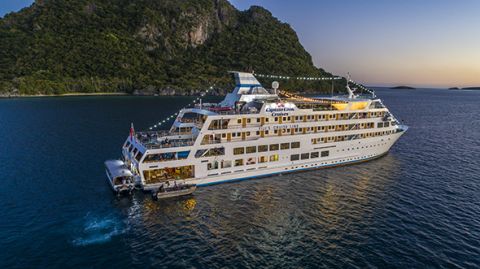 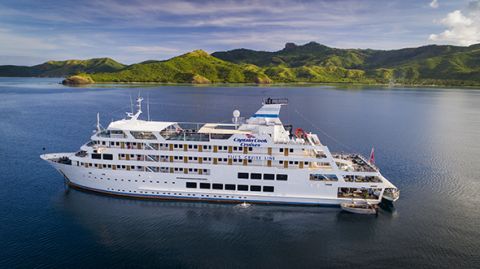