PICTURING PORT VILA – A COUPLE OF WAYS TO LOOK AT IT 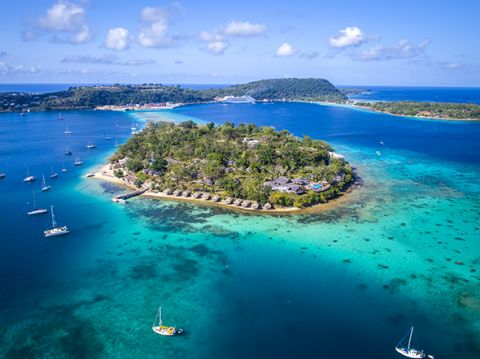 With the blues and greens surrounding Iririki island in Vanuatu’s Port Vila, the obvious shot is to capture it in full light (above).

But it’s also an enchanting setting early in the morning (below), with its soft hues, its yachts bobbing listlessly in the harbour and the colourful banana boats making a b-line towards nearby islands.

In promotional terms, both styles of photography have their place (it’s just a shame the pics in this post are so small as the shot beneath has such a glorious feel to it – like an old world painting).

Photography Tip: As a professional tourism photographer, you need to consider the photograph you are making in terms of its likely application i.e. whether it will be used for posters, internet, billboards, brochures, advertising etc, etc. In this instance, I had the time to shoot expansively. The harbour was captured in a square format initially to suit a magazine cover, then I shot a more elongated, horizontal format anticipating a double-page spread. I also fell further back to allow plenty of space for a headline and copy, then I fell back still further so the image could be cropped into a panoramic pic for a web site header.

It’s easy to get caught up with the scenery and be satisfied to walk away having captured a pleasing photograph but, when you do it for a living, you can’t afford to lose sight of the fact there’s more work to be done while you’re there. 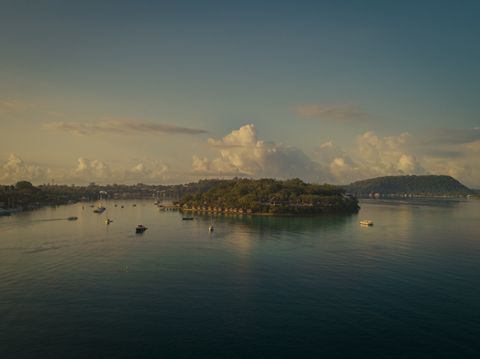