REEF AND RAINFOREST – EFATE AT ITS BEST 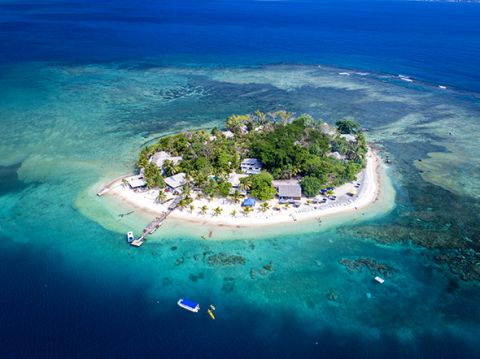 A pristine swimming hole in the morning and a stunning coral island in the afternoon – I’m enjoying photographing Vanuatu – and particularly Efate (which, I just worked out, I haven’t shot in more than a decade).

While resort shoots and assignments in the outer islands for the national tourism authority have seen me returning to the country several times recently, the brief on this occasion was just to shoot the main island of Efate which attracts the majority of Vanuatu’s tourists.

The tourism authority simply handed me a car, a Shot List of the subjects it wanted captured and plugged me into their operators. Perfect (and likely to be a particularly productive assignment, I should add).

Tomorrow I’m off sailing and snorkelling on the Coongoola first thing in the morning so hopefully the clear weather that came in this afternoon will last. I’ll keep you posted

Photo Tip: If you’re photographing an island from the air, be sure to use a polarising filter to bring out the contrasting blues and greens. Remember, you need colour in the water so an hour either side of midday – depending on which way the island’s feature’s face – is likely to get you the best result. Aim for low wind, high tide, no or few clouds, and – critically – a clear blue sky above the island.

Caption: Hideaway Island (above) and Rentapao River (below). 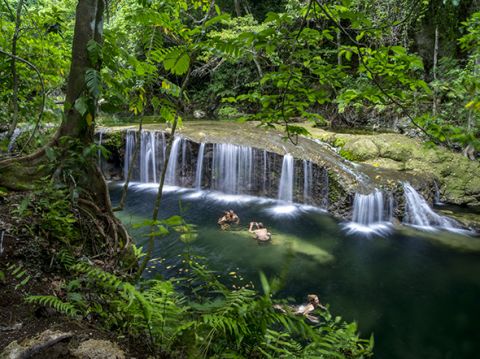